Open our Music Box!  What do you hear inside?

This week we are listening to 4 dances from an orchestral piece called Rodeo, (click here)

by the American composer Aaron Copeland.

Bucking horse at the Calgary Stampede

This piece lasts about 20 minutes.  It has 4 parts or movements.  Can you hear where there is a pause between each movement?  The four movements are called:

Each movement has a different rhythm and pace.  How would you describe each movement?

Look back at the image in our Picture Gallery of the Yellow Cow.  Imagine the cow dancing to this music!  Or imagine yourself moving, picking up the pace as the music moves more quickly, trying to keep to the rhythm of the piece.

Use Google images to find pictures of modern day rodeos.  Try to imagine the noises that would accompany these events,:the shouting of the crowd, the galloping of horses.

Put this music in the background as you do other things, and play it several times, so that you become familiar with the various melodies and rhythms in each movement.

Listen for different musical instruments as they play:  trumpet, trombone, snare drum, violin, xylophone, ......  Close your eyes and imagine yourself in the middle of a busy, noisy 'hoedown' (a social gathering at which lively folk dancing takes place), kicking up your heels!

This week, watch a Google doodle about a traditional musical instrument from Africa.

It is called an mbira (um-beera). 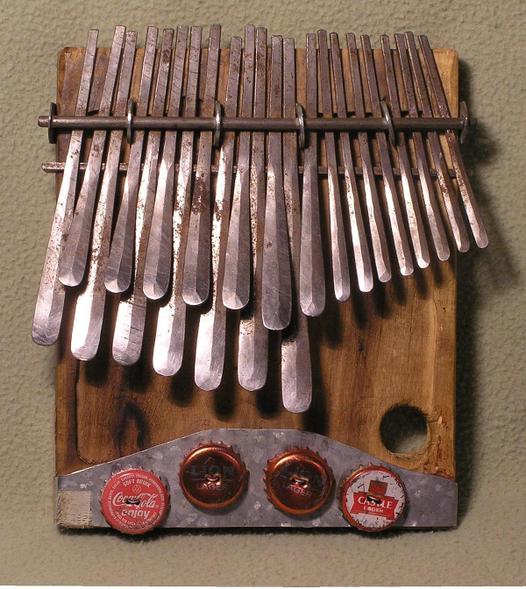 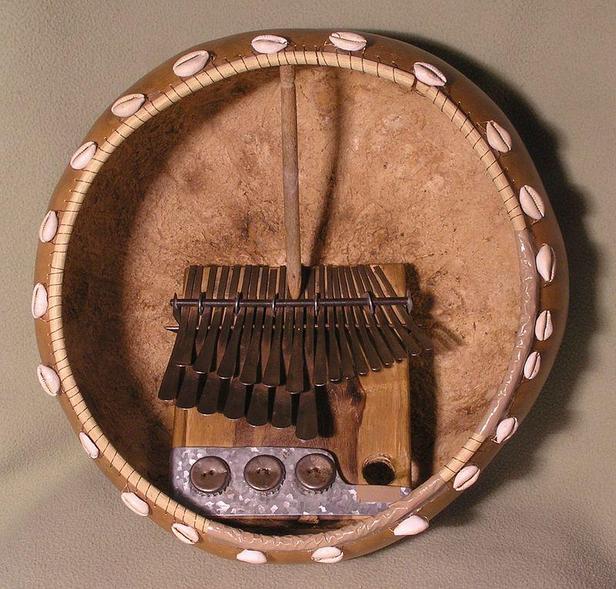 The Google doodle is interactive, so you can follow a story about a girl who plays the mbira, you can 'play' an mbira (remotely!), and find out what it is made of.   On this link, there is also information about how the Google Doodle was made and photos from a visit to Zimbabwe to research the music.  Included also are story boards and water colour sketches of characters in the doodle story.

Here you can watch some youtube videos where the musicians play the mbira and talk about how to play it.   Click here and here and here for more mbira music.

Imagine a house with six rooms.  Here is a piece of music called Furniture Music (by Eric Satie) with six separate parts (or movements).

Listen carefully to each part (ignore the pictures on the video).  Which room do you think belongs to which part?  There is no 'right' answer:  it's what you imagine each room sounds like, musically.

Now look at the pictures.  Which language are they in?  Are they pictures from now or in the past?  What is your evidence?  Try to translate some of the words.

Compose a dance to go with one of the movements in your chosen room.  Perform your dance for your family.  Encourage your family to compose their own dances and have an evening of dance!

Today's piece of music is the story of

Peter and the Wolf,

The story is told with a narrator (in this Disney animated version, David Bowie) and an orchestra.

Different instruments in the orchestra play the different characters in the story.  Each character has a unique melody or tune to announce their part of the story.

As you listen, try to recognise the various instruments, listening for their unique sound.  Even if you don't know the names of the instruments, listen for the repeated melodies for the Peter, the bird, the duck, the cat, Peter's grandfather, the hunters and the wolf.

You might want to design a storyboard for this wonderful tale.  Or paint/draw a scene from the story, in your own way, maybe taken from this version.

Enjoy this version from Disney, recorded in 1978 with the Philadelphia Orchestra.  There are many versions available on Youtube, with different narrators.   Try a few, and see which one you like the best!

Our second piece of music is La Mer

Listen to our first piece of music,

the Firebird Suite by Igor Stravinsky.

Send us your drawings/paintings/....

and we will add them to our Music Box.

Unfortunately not the ones with chocolate chips.

Some cookies are necessary in order to make this website function correctly. These are set by default and whilst you can block or delete them by changing your browser settings, some functionality such as being able to log in to the website will not work if you do this. The necessary cookies set on this website are as follows:

Cookies that are not necessary to make the website work, but which enable additional functionality, can also be set. By default these cookies are disabled, but you can choose to enable them below: